The Kaizen of UMix 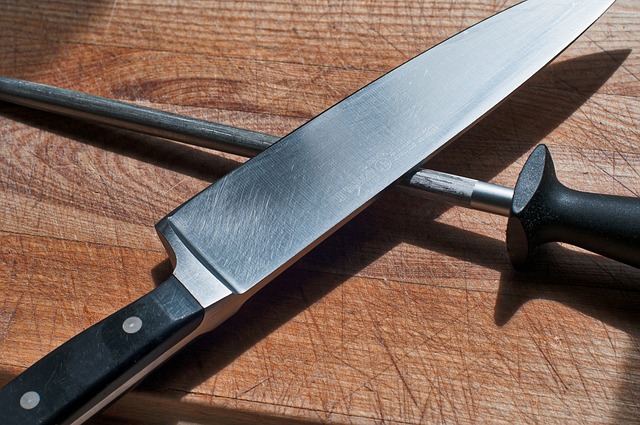 Kaizen.  We know sharp knife cuts better. But the knife must get sharpened. Keep that in mind as you read on.

Kaizen is a Japanese word, a term that gained popularity in the 1980’s. The business context at that time was that American manufacturers, most notably car companies, were getting whooped by the Japanese. Honda, Toyota, Nissan, and Subaru figured out how to build a better car. So much better in fact, that even after shipping costs to the U.S. were added, Americans still favored Japanese products in a big way. American manufacturers (and some cities) reeled. [Read about the decline of Detroit here.]

So the scramble for survival began. What had happened? Japanese products used to be considered junk! Japanese Junk! The thumbnail answer to what happened is that the Japanese got religion.  They listened ironically to an American, W. Edwards Deming. [American manufacturers had been warned by Deming, but they did not listen]. Deming taught the Japanese how they can use concepts like targeted, goal-oriented teams and statistical process control to get better. They adopted a long-term view, implemented features their customers wanted, cut costs, and dramatically improved quality.  Americans eventually got the same religion, but much ground was forever lost.

In the 1990’s another path to improvement developed, centered on ideas presented by Michael Hammer and James Champy in their book Reengineering the Corporation. The book promoted a new concept called Business Process Reengineering (BPR).  If Kaizen focused primarily on incremental improvements, BPR was about radical change. If there’s a step in a manufacturing or business process where the customer does not place value, don’t tweak it, eliminate it! It made perfect sense for the times. Because as new information technologies were coming available, companies were automating – a lot. But they were making one big mistake.  They were taking a bad process and just automating it in the hope of making it better. However, what they ended up with is another bad process – an automated process – but still bad. BPR introduced a way to think about this problem.  First, improve (reengineer) the process, and then automate it. Radical improvements followed.

Both continuous improvement and BPR remain fascinating and useful concepts, and will far into the future – because they are tools to support an even more important business principle – delivering ever more value to the customer who is willing and able to pay for it.

But what does all this have to do with UMix?

These ideas form the underpinnings for how we approach our business. Our customers have choices for their music and digital signage.  New competitors show up, and others disappear. At UMix we keep our focus on value. We use tools such as these to try to understand which features businesses want and incorporate them in a seamless way that’s powerful and easy to use, and consequently – useful!